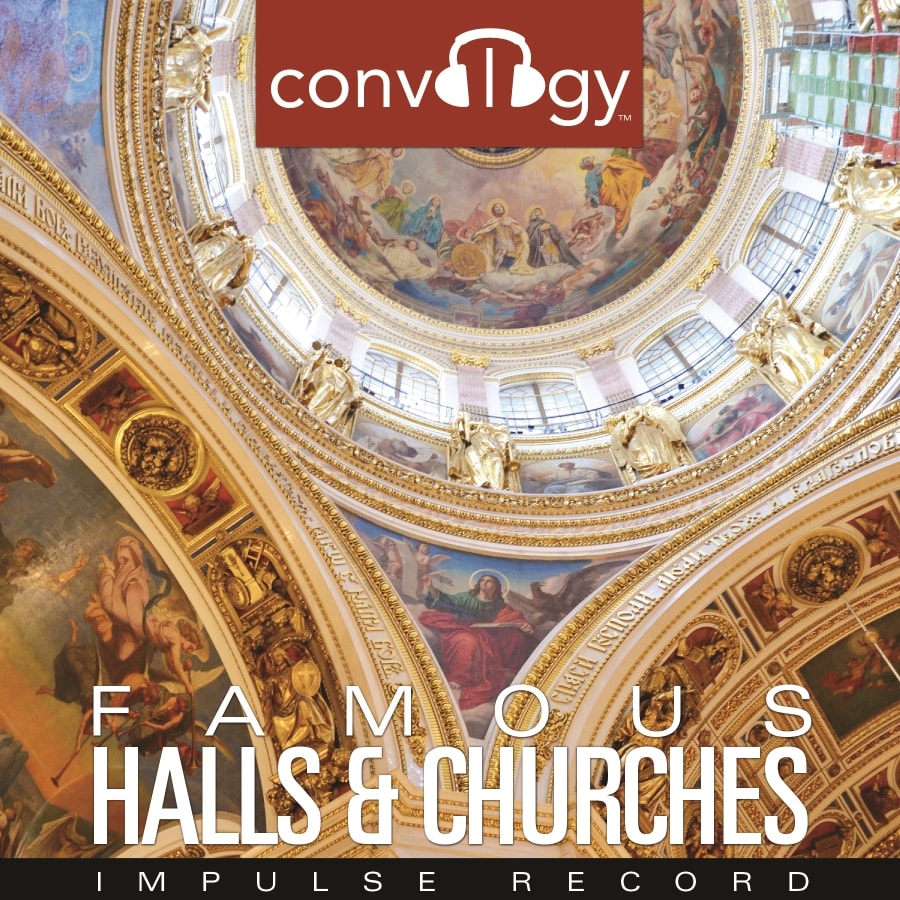 The Convology Famous Halls and Churches Collection has some of the most beautiful halls and churches from around the globe with many available in 5.1 surround – mult mic patterns with close, mids and fars along with foyers, side rooms, balconies and many other interesting nooks and crannies from each church and venue. All captured in 96/24 for the most pristine nuance in your recordings.  Great pride has been taken to capture the essence of each facility, capturing the heart of the room.  Great IRs are captured with both great engineering and finding the heartbeat of the facility.  We can all rattle off what most would consider the esteemed gear in vogue, but as so many know, it’s the feel and sound of the music that matters and makes for great music.  Believe it or not, the capture of an impulse response is not that different – it’s a real art form that takes on new challenges in each facility that we record.  Making sure that we’ve captured every file not only in a pristine sonic state, but IRs that will truly transform your recordings and give you fresh and captivating reverbs and ambiences!  Capturing the interesting early reflections moving into the sustained reverb tail – some IRs more colored then others, room dependent of course.  But rest assured, there are loads of gorgeous sounding churches, many rooms and halls to choose from – all over the world!  Ivy League halls to small churches and very large churches.  In fact, one of our IRs boasts a nine second reverb – probably the only one of its’ kind in the world captured and on the market from this particular venue.  Due to licensing issues, we stay away from names, making your end purchase that much more affordable, but just know that there are numerous famous halls, churches and rooms from many countries included in this library and not available anywhere else!

This library contains 71 Halls / Churches IRs and is compatible with

All preserved in 96/24 wav files to capture every nuance in your recordings!  Limited and subtle EQ taking advantage of the widest range and scope of each IR file for playability and use making sure that each IR remains consistent and accurate to the original sonic blueprint of the space recorded. Compatible with virtually every convolution player on the market.

Sign up now for our monthly newsletter and receive FREE impulse response files for use in your favorite convolution player! Receive updates on new products, interviews with industry pros, tips on convolution recording and use and much more.